Earlier this week tens of thousands of Teachers went on strike across New Zealand. As they marched up Queen Street and past our offices they were chanting “What do we want? Teachers! When do we want them? Now!” I don't believe anyone in New Zealand takes strike action without good ...

Earlier this week tens of thousands of Teachers went on strike across New Zealand. As they marched up Queen Street and past our offices they were chanting “What do we want? Teachers! When do we want them? Now!” I don't believe anyone in New Zealand takes strike action without good ...

Earlier this week tens of thousands of Teachers went on strike across New Zealand. As they marched up Queen Street and past our offices they were chanting “What do we want? Teachers! When do we want them? Now!”

I don't believe anyone in New Zealand takes strike action without good cause and in this case I think the Teachers have very good reason to send a very strong signal to the government.

We have been in a Teacher crisis now for two years and it doesn't look like it is going to end any time soon. Earlier this year Government reported that we were 3000 teachers short and as far as I can tell the latest numbers suggest we have managed to find 272 - almost all from overseas - to join us in New Zealand. We still have thousands of classrooms without them.

Even paying New Zealand Teachers $7000 by way of bonus to rejoin the sector doesn't seem to be working. Offering migrant teachers $5000 once they have completed one term of work might see New Zealand as a more attractive place for Teachers to move, but the numbers still seem relatively small compared to the demand.

Most teachers will have voted for the current government and two of the three major parties forming the government promised to make things better for Teachers, including salary. The truth is they have failed to deliver and Teachers are now doing something about it.

In 2021, a graduate primary school teacher will start on a salary of around $52,000 (in Auckland the average salary across all occupations is $78,000). With each year of experience, the amount they earn will increase and teachers also get additional allowances for taking on other tasks. We have been told this week that one of our South African clients who has now been teaching in New Zealand for around one year, having little experience before she landed in the country, has been told she may be earning $80,000 by year five. At high school, they start higher and we have many migrant client Teachers in New Zealand now with around 10 years of work experience under their belt who are earning around $85,000 a year. It is not bad money (!) but if you are single and you are starting out in life, surviving in Auckland on a graduate salary would be extremely difficult especially given the cost of accommodation, if you're not still living with your parents.

Although the Teachers are adamant they are worth more than they are being paid, what they also want is more Teachers because those that are in the game are having to cover for those empty classrooms.

How did we end up so short of so many teachers?

At the same time, we have been letting in fewer skilled migrants than the government targets, and the outcome of all of this is that Auckland has seen its population increase by 200,000 people in the past four years, when we were planning for 50,000. We can control the number of migrants we let in, but we cannot control New Zealanders returning to New Zealand, nor the thousands of Australians choosing New Zealand over Australia.

That means more people, more children, more pressure on infrastructure, not enough schools, not enough teachers, hospitals, houses and so on.

Compounding this, youngsters who might have enjoyed a career in teaching have been studying other things because better paying jobs are abundant. Enrolments in Bachelor of Education programs across the country plummeted a few years ago and have only just started to recover.

As far as Auckland is concerned, graduate Teachers have often been heading out of the city once they graduate because, strangely, Teachers are paid the same all across New Zealand. Auckland is expensive to live in; the rest of the country is not. A young teacher who might want to start a family or own a house is not going to be able to do it in Auckland unless they find a partner who earns good money.

The government is finding that it was easy to make promises while they were sitting on the opposition benches, but much harder to actually solve the problems they claimed to be able to solve. No wonder so many people are growing tired of mainstream politics.

If the government asked me if I'd be happy to pay an additional 1% or 2% in tax in order to provide Teachers (and nurses for that matter) 20–25% more than they been offered now, I would say yes. I am sure most New Zealanders would agree with me on that.

This government bribed young people in 2017 by promising to increase the university tuition subsidy from 75% of the first year to 100% (and over the next few years making all university study 100% free). That pledge was budgeted to cost $2 billion a year this year. They could've left the very generous 75% subsidy in place, taken $1 billion (of the budgeted $2 billion) and significantly increased the salary of every teacher in New Zealand. They could've taken the second billion and done the same for nurses and other health care workers.

They didn't, and now we have Teachers marching in the streets. Something we have not seen for 30 years.

The registration process for many teachers has been streamlined and if the immigration department could get its act together and you are a Teacher at pre-primary, primary or high school level, you speak fluent English and you wish to join us, it is a very good occupation to be in right now.

I am a South African Teacher ,who cant find a job- and even if I could ,would earn a wopping 2000 dollars a month for my trouble.I am awaiting a regional visa from Australia.I have found it incredably hard to get this to materialize because they also say they do not need teachers,despite the teachers there stating the opposite. It seemsThey might soon be sitting with the same situation as New Zealand.
I know where to apply next if my visa doesnt materialize...............
Gill

I can assure you we need the teachers. I can’t speak for Australia but they have lots of interest groups there and strong unions that don’t like the idea of competition.

Hi there
Here's an interesting scenario. Currently South Africa is offering voluntary severance packages to teachers over 55....those that take the offer would love to come teach in NZ..many being senior management principals / HoD with loafs if expertise ...yet are byond the 55 yr treshold for NZ citizenship....how can this be overcome?
I am potentially one such principal

June 1, 2019, 2:23 p.m. by Iain
Unless you can file your resident visa before your 56th birthday I am afraid it cannot be overcome unfortunately. If you took the package on your 55th birthday though you'd likely still have enough time to beat the clock. Iain
Reply to this comment
June 1, 2019, 1:14 p.m. by HENRY LOW

Retired trained Head of Department with Ministry of Education Singapore. Specialises in teaching Mathematicd and Additional Mathematics at Upper Secondary levels.Keen to look inro this prospect.

I have a Btech Drama degree and can teach drama to any age child. I have 2 of my own children. My husband is a Electrical Contractor. What are our chances to find work in New Zealand?

I have a Btech Drama degree and can teach drama to any age child. I have 2 of my own children. My husband is a Electrical Contractor. What are our chances to find work in New Zealand?

June 19, 2019, 11:01 a.m. by Iain
Hi All things being equal, I'd suggest pretty high. Please send me an email to iain@justimmagine.com and I can explain how we can assess your eligibility and start answering your questions. Iain
Reply to this comment
June 19, 2019, 2:08 a.m. by Chiwueze Benedict Udeh

I have a masters degree and several yaers of teaching experience across vast fields. My experiences anchors around the Job titles of a Tutor, Teaching assistant and lecturer. Am currently rounding up my doctorate degree here in South Africa. Please what are my chances?

I have Diploma in Edcare N6, i m basee in teaching Grade R to Grade 1,do you think i have any chance to find a job in New Zealand, i m in south Africa 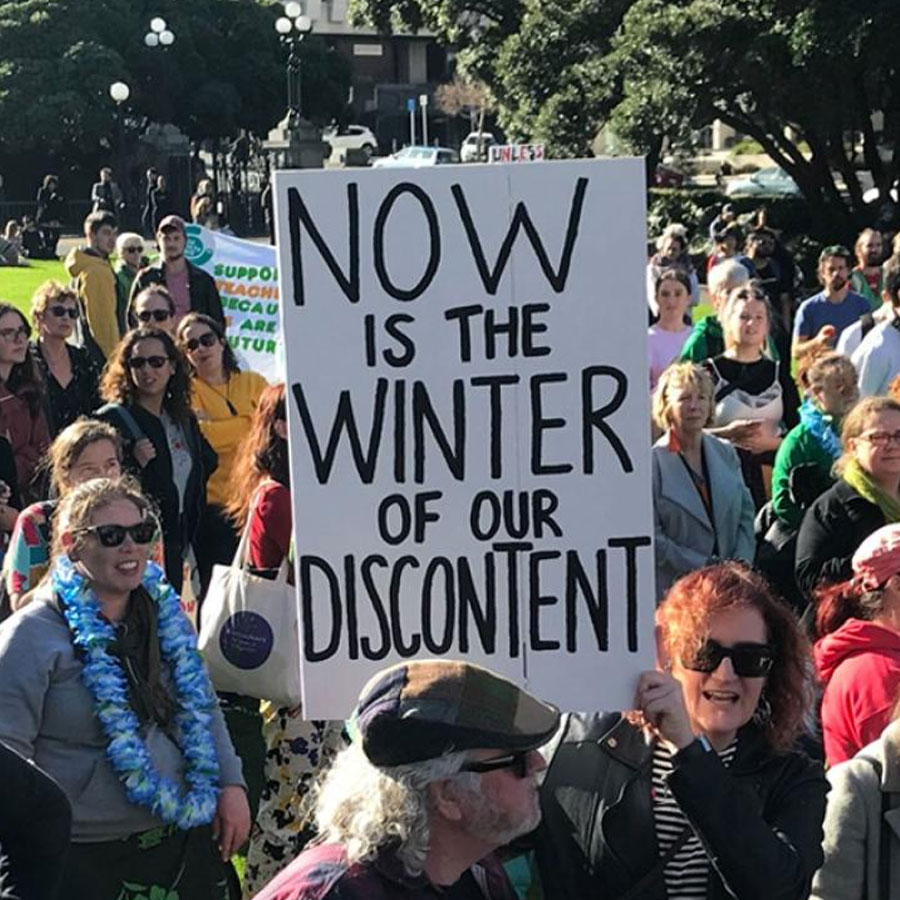