A pandemic, war in Europe, and more locally, bush fires and floods – it doesn’t really matter what is happening in the world around us, every three years we are graced with the curious spectacle that is our Australian federal election and the campaigning (travelling circus) that precedes it...

A pandemic, war in Europe, and more locally, bush fires and floods – it doesn’t really matter what is happening in the world around us, every three years we are graced with the curious spectacle that is our Australian federal election and the campaigning (travelling circus) that precedes it...

A pandemic, war in Europe, and more locally, bush fires and floods – it doesn’t really matter what is happening in the world around us, every three years we are graced with the curious spectacle that is our Australian federal election and the campaigning (travelling circus) that precedes it.

There are two major parties fighting to win, but also smaller parties and independent candidates who by themselves are effectively insignificant but can become kingmakers in forming a minority government in a close election.

One cannot opt out of the vote - Australia is one of a small number of countries around the world where voting is compulsory. Whilst seen as an impost by some (especially on a Saturday when the votes are cast), few could argue that everyone deserves a voice.

The campaign begun with the current federal opposition leader of the Labor party (the more left leaning party) being caught in a ‘gotcha’ moment - unable to state the current Reserve Bank cash rate nor the unemployment rate, cardinal sins on the campaign trail.

This gaffe affected the betting markets (yes, our elections are hot betting items), and funnily enough the bookmakers seem to have a better record than the pollsters.

Meanwhile the current Prime Minister and leader of the Liberal party (the conservative party) Scott Morrison has had his own issues, everything from internal party dissent relating to his leadership style, to singing and playing a ukulele on national TV in a pre-election attempt at being an 'everyman'.

Predictably the musical mishap did more reputational damage than the rumblings about his political competence.

We crave for our leaders to just tell it like it is - give it to us straight without the political double-speak and cheap point scoring. But we are left with more of the same - lots of well rehearsed and workshopped one liners, or scare campaigns about the other leader and party.

So where does this leave us as a country?

Our unemployment rate is currently floating around the 4% mark, lower than it was when Covid hit our shores and the border slammed shut.

It's great there's more Aussies in employment since the pandemic, but it has created, or should I say exacerbated, an existing problem - with unemployment so low and so many businesses complaining of skill shortages the fact is we need to import those skills... yesterday.

It was welcome news to hear earlier this month that, whilst our annual total migration program would remain at 160,000 resident visas, from July we will revert to the pre-pandemic ratio of two thirds of the program being devoted to skilled migration versus one third to family migration.

There is also some speculation that it could increase to 190,000 in the following year. But considering the lag time it takes for visas to be processed that extra speculated 30,000 places might come 12 months too late.

Australia has depended on high immigration rates for many moons to increase its population and meet labour market needs. But according to the Australian Bureau of Statistics our net overseas migration for 2020-21 was a net loss of 88,800 people - the first loss since 1946.

To put this into context, for a long time net overseas migration has contributed more each year to Australia's population growth than the ‘natural’ increase (births minus deaths).

So in other words, and as identified by the Australian government Productivity Commission back in 2016, ‘immigration is our de facto population policy’.

This relates not only to skills shortages but also critical issues such as mitigating the implications of our ageing population – as skilled migration helps bring in younger working age people.

So there is a lot at stake.

But if you were following the campaign trail you wouldn’t realise it, as immigration is taking a back seat to issues such as seeing which leader makes the most faux pas on the campaign trail, rather than necessarily seeing who can come up with the most visionary policies in our nation’s long term interest.

As at least one economist recently mentioned the easiest job creation pathway would simply be to turn on the immigration tap. Why artificially create jobs through endless pulic speaking when there are already jobs available if the right skills are unleashed into the labour market.

The government also seems to take the view that skilled migrants will magically appear in our workplaces overnight, forgetting the visa processing times ballooned out during covid.

During the campaign the party leaders make large cash splashes, and one potentially efficient strategy would simply be to allocate more funding to the immigration department to train up more case officers to process skilled and business/investor visa applications faster.

The cost of that would surely be dwarfed by the economic benedit of the resulting quicker influx of skilled workers - migrants who it's been shown pay more in taxes than they receive in public services across their lifetimes.

It would also 'create jobs', which the government seems to love most. Although admittedly creating more public service jos is probably not something anyone wants to boast about.

Ultimately the election will not be decided on the finer details of either party’s immigration policy, nor any other major policy area, but more likely simply who the voting public dislike least.

It should be a time for bold (or just plain common sense) moves to alleviate our skills shortages, but it’s more likely a case of kicking the skills shortage can just a little further down the road (as quietly as possible).

I would argue that it ultimately doesn’t matter who wins the election next month, as the skills shortage is an unstoppable force that will ultimately force the government of the day’s hand.

From July we will have a larger proportion of places available for skilled migrants, and I wouldn’t be surprised if the following year we see a boost in the overall skilled visa allocations – irrespective of which party is in power, and whether they like it or not.

I have sent you urgent email. I am working very hard in Emirates for abusive Saudi. I wish to migrate AUstrlaia, Preferably Gold Coast. On youtube I see many good looking girl surfing in gold coast. What qualification I need? My friend Hisham I clean his house very professional. Also I achieve bachelor of computers in Salk Institute. I found job at golf course, but without Visa, cannot work in Austrlaia.

Please assist me, I like mr Sco Mo. He is my favourite!.

Scotty's a talented fella, tried his hand at hairdressing, welding, machinist, chicken coop builder, truck driver, sausage flipper, seamstress, airline pilot, pasta maker, macaron shaper, if only he tried his hand, just once, at the job he was elected to do.

It will be very crucial for New Zealand if Australian pime minsiter retain its position. As Study in New Zealand is very easy with policy made with both countries together for students.

It will be very crucial for New Zealand if Australian pime minsiter retain its position. As Study in New Zealand is very easy with policy made with both countries together for students. 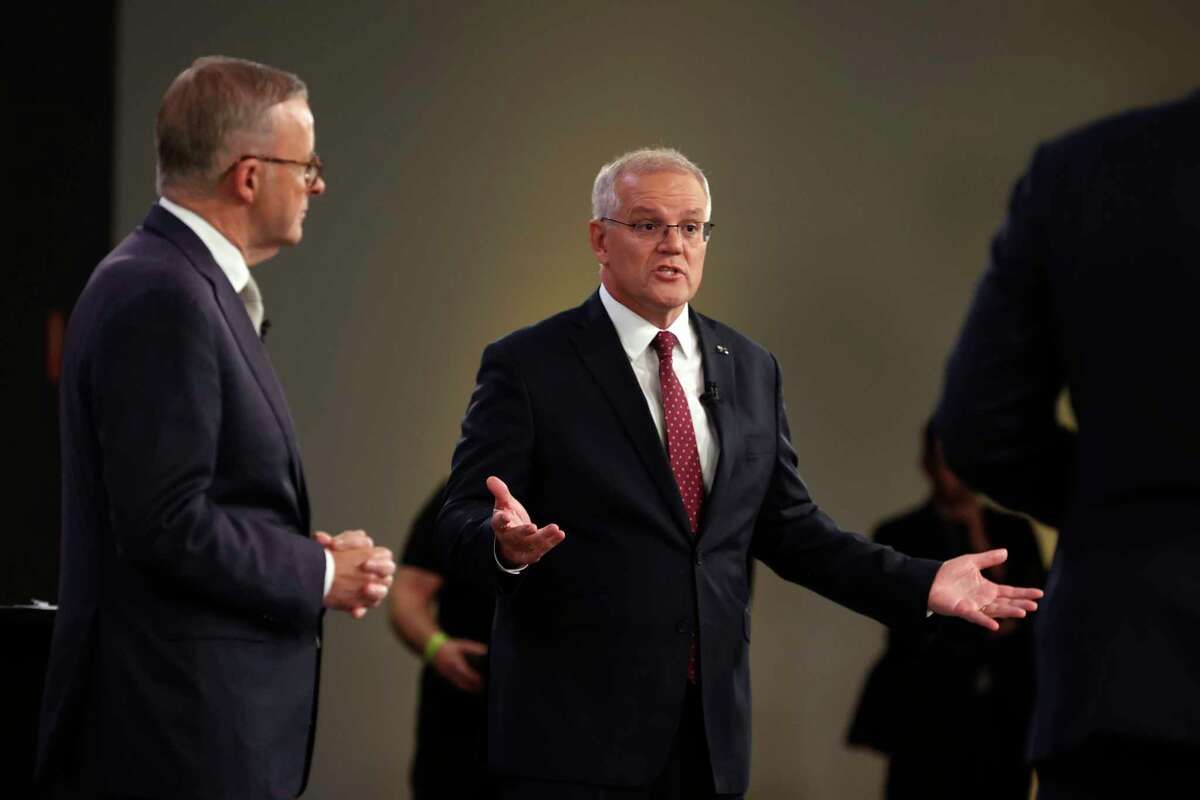